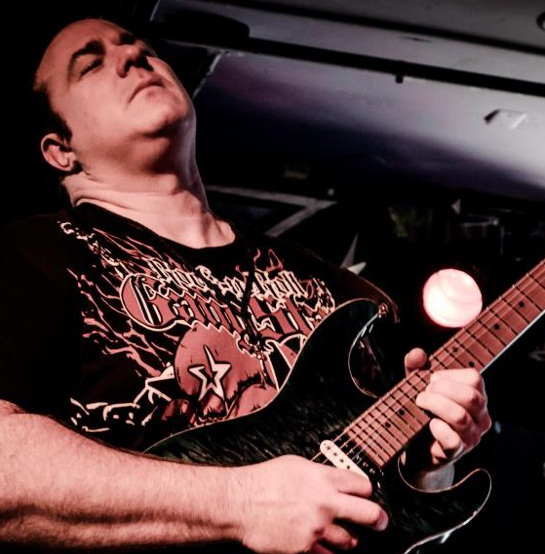 Xander Demos is one of today’s premier shred metal guitarists. Based in Pittsburgh, PA, he currently fronts his own band, XDB and has performed as a member of national tribute act, James Rivera’s Sabbath Judas Sabbath, as well as playing in Rivera’s solo band and Pittsburgh cover band, Raised On Radio. Xander performs in excess of 100 times a year, and he is active in recording collaborations with artists all over the world. Xander plays guitars from Suhr, McNaught, Brian Moore and Conklin, with whom he has endorsement deals. His endorsement from these guitar companies is a testament to his impressive skills and his deep commitment to playing the best guitars in the world.

Xander’s style ranges from the beautifully melodic to the jaw-droppingly insane. His playing encompasses much of what he has learned and absorbed from other players over the years; artists like Shawn Lane, Eric Johnson, Steve Vai, Vinnie Moore, Jason Becker, Neal Schon, Michael Romeo and John Sykes. One constant in his music is a focus on strong guitar melodies. In 2012, Xander released his debut solo CD, Guitarcadia. Mixed by CJ Snare of Firehouse, the album was named among the Best Albums of 2012 by Hair Metal Mansion.

In addition to these accomplishments, Xander is an avid animal lover. Always looking for projects that will aid these beautiful creatures, Xander is donating a portion of his album sales to the ASPCA.