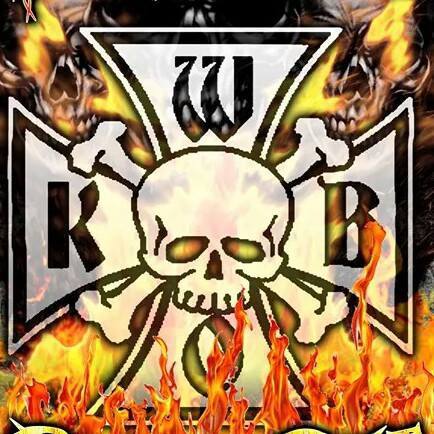 Rising from the ashes of former local greatness, White Knuckle Black Out established itself onto the NC music scene in 2010. Heavy melodic powerful southern groove, insanely juicy guitar riffs, gut wrenching bass, and a relentless beat is the only thing on the menu with these boys. Quickly rising to the top of the local music food chain they have established themselves as a permanent fixture in the heavy metal underground. They have shared the stage with countless national acts, such as: Kill Devil Hill, Straight Line Stitch, the Chimpz, Dead by Wednesday, Unearth and Primer 55 etc. . . . W.K.B.O. released its debut album “Commitment” in 2010 quickly selling over 500 copies at their live shows. Hard rock/heavy metal fans will appreciate the band’s sound and direction whose influences are deeply rooted in Black Label Society, Pantera, Machine Head, Slipknot, Metallica and Snot. After releasing a much anticipated single and music video Gravel, they received an endorsement deal with DC Axes and are planning a European tour in 2016. The band is currently working on material for their next album “Hate the Truth”, expected to be released in May of 2015. W.K.B.O. is proud to say they have never lost a battle of the bands and are now blowing up the airwaves on countless internet radio stations. They have fan bases all over the world such as, Germany, United Kingdom, Australia, North and South America. They are all balls and no quit and are working hard 365 days a year to leave their mark in the music industry. They are a powerful heavy metal train barreling down the tracks with no signs of stopping. White Knuckle Black Out is determined to bring their message and their music to the world one state at a time/one country at a time.

Music from White Knuckle Black Out