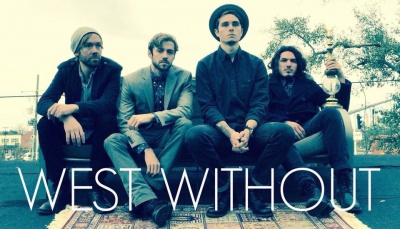 West Without’s 7-song debut effort garnered the LA-natives immediate regional attention and put the indie rockers in the unusual position of headlining their first live performance as a band — in front of a packed house at Baton Rouge’s largest traditional concert venue. The 2013 EP went on to receive critical praise for its “beautifully spun harmonies”, creative production, catchy arrangements, and characteristic depth often sought out by lovers of alternative music. The band built upon that success throughout 2014 and 2015 with major performances alongside The Plain White Ts… Panic! at the Disco… Royal Teeth… Everclear… and Cher Lloyd. Recently, they have revealed plans to release a new record & to tour extensively in the fall of 2015.

Music from West Without