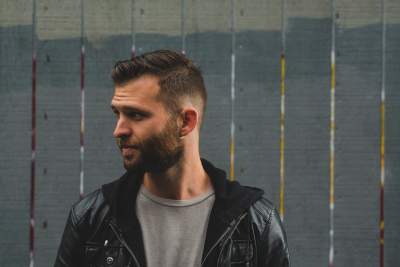 Tyler Edwards is a singer-songwriter from Florence, SC. He began his career by writing and performing with rock band I Anthem from 2008-2014. After releasing two EP’s and a LP, the band had moderate success with multiple songs breaking Top 10 on Billboard’s Rock Charts and music featured on MTV and NASCAR. During this time period, Edwards also began writing acoustic based songs; he remarked, “I started to understand the value of the silence that acoustic music can create. This excited and challenged me to make sure I really mean the words I write and sing.
In 2015, Edwards moved to Seattle, Wa where he has developed a strong local following and is finishing up his debut solo full length, scheduled to be released in March of 2017. His latest single, “Dancing Light,” showcases the rock roots of his songwriting. Listeners can expect a lyric focused collection of songs that bridge the gap between rock, folk, and americana.