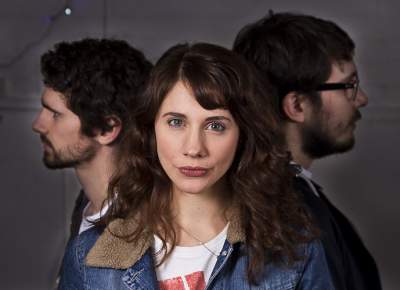 Twin Kidd are a Nottingham based three piece who produce an alternative-pop sound whilst being an entirely DIY operation – self-recording and producing their material. Under the creative direction of Stef Williamson, whose song-writing has found an outlet with TWIN KIDD, the line-up is completed by Rich Lyon on guitar and keys, and Sam Davies on drums. TWIN KIDD take influence from an eclectic range of music, however inspiration from bands such as Haim, CHVRCHES, Alt-J and Gorillaz are notable. Having made their live debut at the end of February 2016, TWIN KIDD have already been backed by BBC Introducing East Midlands and shortlisted to play Y Not Festival 2016. They are due to release their debut EP ‘Fold’ in June.