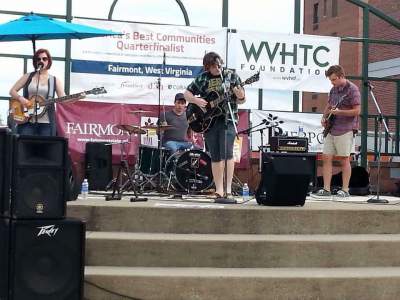 Tomorrow To Forever was birthed as a solo project for Grayson Prince in 2011 to channel his most personal emotions into music, but has since evolved into a full-on band intent on greeting the world with its melody-laden, energetic indie pop. In the heart of Appalachia, Phillipi, West Virginia, Grayson Prince began enlisting the help of his friends to fill out Tomorrow To Forever. Aron Golden picked up on drums, and Will Lewis joined as another guitarist. With an altered lineup and a couple of years experience under their belts, the group began picking up the energy and optimism in their tunes. From slow, moving songs to appease the most severe heartbreak, to bouncing, chin-to-the-sky songs infused with the most infectious of hooks, Tomorrow To Forever are preparing to spread their music across all of Appalachia… and beyond.

Music from Tomorrow to Forever