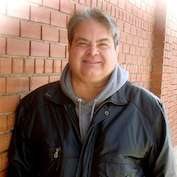 Tom Charchuk has lived in and around Leduc, Alberta Canada most of his life and is an accomplished singer/songwriter both has performed sucessfully as a rock artist and country artist. He is influenced by some of the greatest past and modern day singer/songwriters. His sounds are a blend of high energy interpretations with a touch of yester-year and a breath of modern day sounds. No matter what genres he performs, he wows the audiences with his song interpretations.

“Why Are You A Storm” selected for American Bandstand broadcast. “Read your Letter” was 4 months on the top twenty on musicworldradio.com.

“Read Your Letter” was covered by An original song named “READ YOUR LETTER” that is was covered and released by the ‘Jones Boy Band- The Legend Survives’ reached #1 spot on the top 50 APD Country/Alt.Albums on November 20, 2013 on airplaydirect.com.