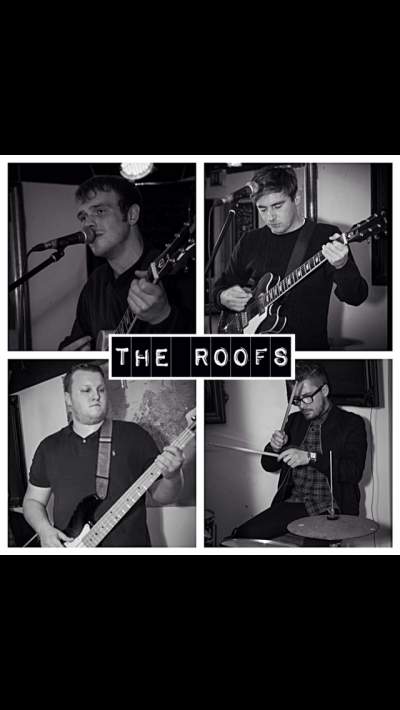 The Roofs are 4 born and bred working class Camden boys who share a love of British guitar music and feel there is not enough of it out there at the moment.. Been together since late 2014 and have since recorded an E.P. With a few gigs in and around camden under their belt that have gone down very well. The album is inspired by the likes of The Stone Roses,The kinks,Oasis,
and The Arctic Monkeys to name a few, and will be completed by the summer. That coupled with a string of live dates planned, mean 2016 is going to be an exciting year for the boys … onwards and upwards.

Music from The Roofs