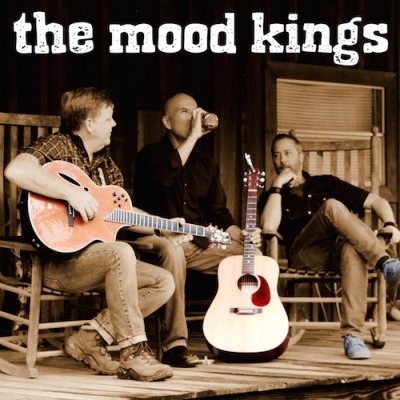 “Put on the glasses brother!” yelled The Mood Kings guitarist, Herman Ospina as he repeatedly thrust a pair of black Ray-Bans into the face of drummer Mark Schwarze. Ospina is referencing the 1988 sci-fi horror film “They Live” starring Rowdy Roddy Piper. Why he is, Schwarze or lead singer Joey Townsend have no idea, but it doesn’t stop them from laughing hysterically.

A few minutes of hanging around these three lifelong friends reveal little need to do a lot of explaining. The inside jokes, comedic rhythm, and musical chemistry have been honed over a 30 year friendship. The three met in their early teens and formed their first band together.

Years later, with marriages, births, deaths, addictions, recovery, and a variety of life experiences behind them, The Mood Kings are blending an Americana roots rock sound with strong melodic sensibilities to create a collection of songs that tells the stories of lifetimes lived with purpose and vigor.

Music from The Mood Kings