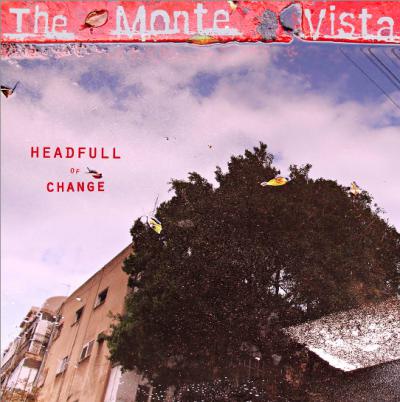 The Monte Vista return to the time before rock was a dirty word on their latest album ‘Headfull Of Change” available on iTunes and Bandcamp.

It’s been seven years since “Money Makes You Boring,” the debut album from Brooklyn-based psychedelic garage band The Monte Vista, was released.

In addition to producing the band’s second album “Funkincense,” listed on SPIN’s “42 Essential Releases” for Record Store Day 2013, Lent appeared on the Langenus solo albums “Good God,” “Infinite Ease” and “COL,” released on Northern Spy Records under the name the Colin L Orchestra. A musical collaborator of Langenus’s for more than a decade, Lent also contributed bass to the last song of USA Is a Monster’s final album of new material, 2010’s “R.I.P.”

It would appear that performing with such heavy-hitters helped the CSC Funk Band bassist to step up his own game. On “Headfull Of Change,” out on Love Sick Records on May 9, could be the Brooklyn-based artist-producer’s strongest offering yet.

Though the original rhythm section of The Monte Vista featured on “Money Makes You Boring,” featuring Cat Power collaborator Erik Paparazzi and Orion Experience frontman Orion Simprini, was abandoned for a leaner trio sound once Lent returned from the sunny streets of West Hollywood where the band was born, the Brooklyn lineup of the band has more grit and more guts.

After adding the Levon Helm-esque drummer David Ciolino-Volano, whom Lent met during an interview for Hunter College’s radio station, The Monte Vista set up camp at Clean And Humble recording studios in Sunset Park, Brooklyn for the better part of a year.

Preferring the sonic possibilities of the giant industrial space, like several custom echo chambers to standard “in-the-box” digital effects, Lent didn’t shy away from experimentation as he honed the album’s futuristically retro sound.

“Headfull Of Change” may have clear overtones of late 1970s guitar-driven rock bands with a penchant for songwriting like Squeeze or 10cc, yet there is also something distinctly new.

In addition to the brown sugary leadoff single “All In Your Mind,” highlights of the 10-song album include the track “Maybe It’s Time,” featuring the acoustic guitar playing of Michael Hurley collaborator Wes Buckley and the album’s title track in which Lent shows off his formidable slide guitar playing.

Music from The Monte Vista