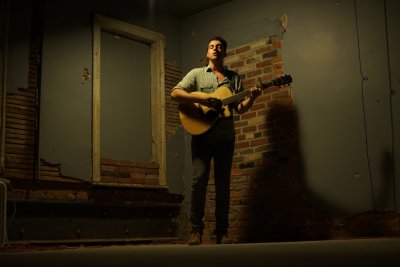 A native of Washington, D.C., The Lost Wayne (Hunter Hoffman) is a singer/songwriter based out of New York City. Known for his heartfelt lyrics and strong vocals, The Lost Wayne has been compared to other artists such as Joshua Radin, City and Colour, and Ray LaMontagne.

In the winter of 2013, Hunter placed 3rd in The Ultimate Singer/Songwriter Contest at Waltz-Astoria out of 150 other musicians. From this experience, he began playing shows all around New York, including Rockwood Music Hall, The Bitter End, and recently his first show in Boston at The Middle East – Corner. His latest EP “Summer and Smoke” was released in January 2015 (with the help of a successful Kickstarter campaign), and is available on iTunes, Amazon, and Spotify.

Music from The Lost Wayne