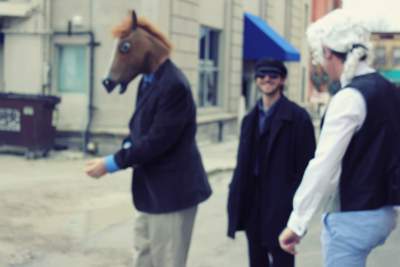 Originally from Toledo, OH, The Gazebo is a musical ensemble of classically trained musicians who are seeking to heighten the level of skill and execution of music for audiences of all types. They believe in collaboration, ambition, and delivering a unique performance.

Their education in music enables the collective to adapt and perform their material in an array of formats, ranging from an 8-piece rock group to an acoustic, classical duet.

The Gazebo’s music draws from a buffet of influences, but most notably incorporates elements of jazz, art-rock, and baroque pop, all being written and performed with the classical philosophy of attention to detail and palatability.

They currently split their time between Toledo and New York City.

Music from The Gazebo