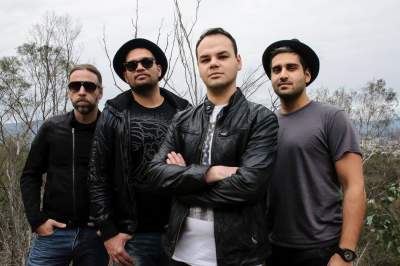 Hailing from Los Angeles, California, The Colonized combine mind-bending guitars that could be the love child of Slash and Matt Bellamy, with dynamic vocals and a social awareness. The band was formed in early 2016 when the remaining members of the Spanish rock band Alma En Guerra were searching for a new lead vocalist. Having recently re-located to Los Angeles, Austin tried out for the position and both sides knew after the first song that they had found exactly what they were looking for. The remainder of 2016 was spent writing, rehearsing, and recording to hit the LA rock scene in 2017.

With each member from a different country, and each of those countries having once been colonized, the band not only embodies the international influence of rock music but also realizes that social struggle and injustices are not unique to any one country. For that reason The Colonized is a movement, both individual and societal.

Music from The Colonized