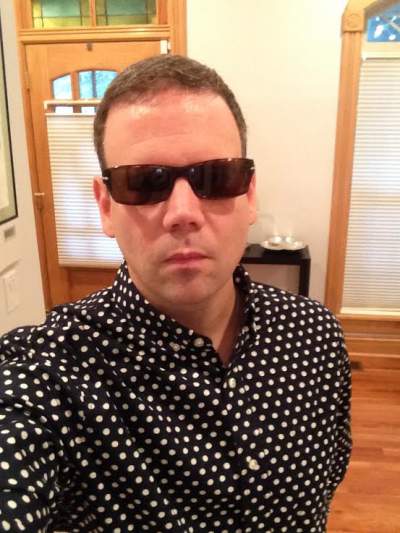 Jamie Bachmann all but swore off music following the demise of his previous band, Quiet Kid, in 2017.

Then, on a fluke in the winter of 2015, he got a spare iPad. After playing around with various music programs, just to see how easy making music was now, he got the bug.

“I became convinced that a professional studio and expensive equipment are no longer necessary to make great music, thanks to all of the new technology,” Bachmann said. “It became a concept and a mission.”

Impressed by the rawness and depth of tone he was able to wring from some “micro” amps he purchased, the concept evolved into proving that great music could be made with the cheapest and smallest equipment he could find, and all from his basement.

Bachmann remembers, “In addition to the new iPad, I had one electric and one acoustic guitar that remained from the Quiet Kid days, as well as 2 old mics used for 4-tracking demos. I had to buy 2 more guitars, an electronic drum kit, a couple of effects pedals, a bass (off ebay), 5 micro amps, and an input device to get the mics and guitars into the iPad. All of that, plus professional production and mastering from Michael Hagler (Wilco, Neko Case, Naked Raygun, etc.) at Kingsize Sound Labs, I don’t think I spent a dollar more than $5,000. It was probably closer to $4,000.”

Bachmann wrote, engineered and played almost everything on the album. Guitarist Stevie Weber helped write two songs “to get over a hump or two,” and bass player John Llewellyn played bass on all but 3 of the numbers. Both are former members of Quiet Kid, and current members of Sonny Veneer.

Bachmann also contends he couldn’t have done it without handshake commitments from some other guys, as well.

“I’m a band guy, not a solo artist. I needed to know that I had a drummer, and a couple of other guitarists in my corner. The only reasons they didn’t play on Tin Ears were that they were having a hard time getting away from family obligations, and I was working so quickly. One thing just led to another, and soon songs were getting finished. But I totally couldn’t have done it without their support,” says Bachmann.

Tin Ears was written and recorded entirely on Blackstar, Orange, Vox, Fender, and Danelectro micro amps, in a standard finished basement, without isolation, using a Simmons SD500 electronic drum set, two 20-year-old Sure BG 2.1 microphones, and a PreSonus AudioBox iTwo into an iPad. The only guitars used to make this album are: Epiphone LePaul Custom, Squire Jazzmaster, Squire Telecaster, Kay P-Bass, and a Seagull S(6) CW Honey Burst acoustic guitar. It was written, performed, and engineered by Jamie Bachmann, except the majority of bass parts were played by John Llewellyn. And it was produced and mastered by Michael Hagler at Kingsize Sound Labs, Chicago.

Says Bachmann in closing, “EVRYONE should be making music now, and doing it without breaking the bank. Can you imagine how great that would be?”

Music from The Blind Leaders