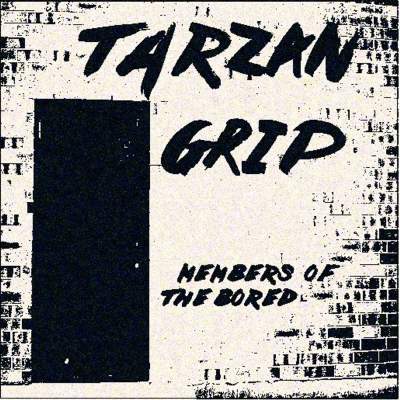 Berlin based three piece featuring members from Germany, Sweden and Australia using garnered inspiration from their respective native lands at opposing ends of the planet.
With greatly varied guitar musical influences, their respective histories have molded their tastes and together have combined to create a form of melodic noise all their very own.

Their individual pasts include a rhythm section that has played together for several years, whilst the singer/guitarist’s previous bands (Subpoena and Internationale) having released several E.Ps and albums, received regular airplay – the latter in particular on a worldwide scale.

Thus creating a truly palatable, worldwide sound mixing in distorted guitars with tribal-esque rhythms and soaring, melodic vocals, all with lyrical content ranging from the political to the whimsical; enabling the Tarzan Grip sound to shift from brutality to beauty and back within a heartbeat.

And with all that now comes the birth of their debut, self-produced release, entitled “Members of the Bored”. An E.P. with its main thematic collection of songs a commentary on the trials and tribulations of the mundanity of everyday, corporate and consumerist self-importance.
Thus heralding the beginning of what will soon be more sounds and commentary to be delivered the music world.