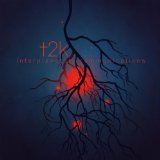 In between those sessions, KevG met guitarist Timmy from Colorado while contributing to someone else’s project on a internet music collaboration site. They shared many influences, admired each other’s style and formed an instant musical bond.

Soon, they both ditched the project they were collaborating on and began working as a trio through cyber space on the Wednesday night “labs”. The three of them were a perfect fit and much tuneage flowed to their digital audio workstations and beyond.

t2k were never in the same studio together during the recording of their debut album ‘remote transmissions’. All sound files were passed back and forth via the internets from Connecticut to Colorado (and, vice versa) during 2009/2010 and then assembled, mixed and mastered by Timmy C Pitschka at Meadow View Studios in Nederland, Colorado. Technology is cool!