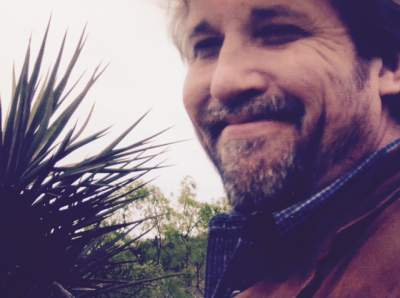 SW LaFollett is a recording artist for King Daddy Records in the Americana/Red Dirt genre. He is a songwriter, guitar puncher, poet, cowboy, and native son based out of Austin, Texas. Lovin’ every minute of it, too. Somewhat reclusive, SWL spends his time writing, playing and researching the music he loves. His songs magically come courtesy of his great imagination and his own personal experiences. Early on in his life he led an itinerant musical existence that consisted of playing music at clubs and parties, hitchhiking coast to coast (traveling light), sleeping on couches and sometimes under the stars. His love of the cowboy-gypsy life led him down the roads once traveled by his own musical heroes. The same roads graced by the songwriters SW looked up to as standard bearers for the music he loved. Experience put to song.

SW has recorded four albums to date, all on the King Daddy Records label. They are as follows: ”SW LaFollett”, ”King Daddy’s Travelin’ Circus”, ”Muleshoe”, ”The Son Of The Golden West”, and ”Sunshine”. You can also add a fifth, the 2CD, 17 song compilation ‘’The Best I Have’’ to the list. Each record is a compliment to the writing style of SWL, giving the listener an honest reading from some very well written songs. Songs framed with the Texas kind of sound everybody seems to love.

With a variety of influences stemming from the likes of Hank Williams, Fred Neil, and Jerry Jeff Walker, as well as many others, SWL’s music can best be described simply as ”SW LaFollett Music”. He definitely has his own sound. Every song he records is culled from an extremely deep well of original material he has written.