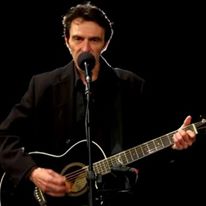 At present Steve is looking to get his material out to a wider audience both live or recorded versions.