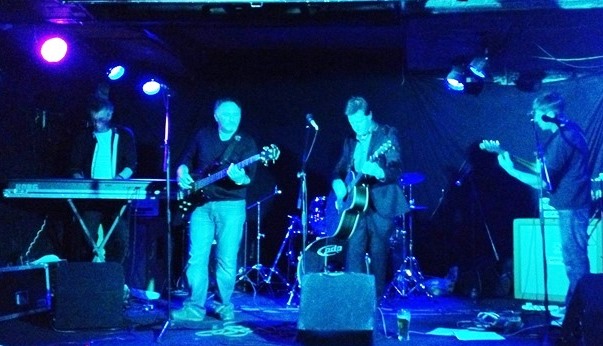 “Screefy” Hail out of Ireland, This Dublin band has been writing and recordings new songs over the last eight months.

When you hear “Screefy” you are instantly aware that you are listening to something special. Captivating lyrics, exceptional guitar and bass, warm percussion with piano and keyboards delivered in a mix of laid back and spontaneous up tempo tracks which make a great …live set, a true assault on the musical senses.

“Screefy” is a live act not to be missed, with a whole host of songs that gel a live set beautifully. “Screefy” have been playing other well-known gig venues including most recently,Whelans ,”Bruxelles Zodiac Sessions “Sin E Crafty Monday Sessions” “The Neptune Betteystown” and “Bleeding Horse Apollo Sessions to name a few, “Screefys” live sets appeal to a wide range of audience, age groups, and genres. Hope you enjoy the tracks, leave some comments and thanks for listening. Screefy are working on an EP to be released very soon followed by an Album later in 2015,