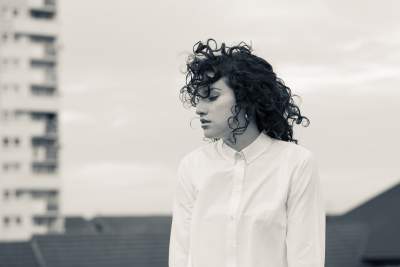 Scarlet is a graduate of the renowned BRIT School. During her time there, she really learnt her craft, gigging constantly all over London. It was in 2015 that she decided to collate her first EP together with the help of Jessica Sharman. She began to gig the first couple of songs around venues such as Kensington Roof Gardens & Dingwalls Camden, where she gained really great responses. The four track EP was complete in October, and she did a soft release of title track “Phoenix”. This soft release has lead to meetings with managers/labels.

Track “X” was chosen by Tom Simkins at BBC Radio Cambridge and he played it on his BBC Introducing. It was then picked up for the Tom Robinson Introducing show on BBC Radio 6. Tracks X and Running Away also gained interest from Dan O’Connell at Radio X. It has since been played several times on Radio Cambridgeshire and other Radio shows . Scarlet did a live session with BBC Intro Cambridgeshire, she also did a live performance for Disorder Magazine