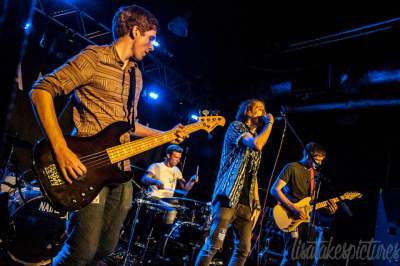 Having worked our way up through the North West music scene, from playing as an acoustic duo to a handful of people at a pub in Preston, to rocking the Night n Day Cafe to hundreds of people in support of the Hoosiers, we’ve developed our own unique brand of indie music, with influences of rap, rock and contemporary folk styles. We take every gig as a chance to get everybody on their feet, dancing and singing along to our songs with our high-energy performances.

We’ve been playing at well-known venues around the country, such as Night ‘n’ Day Cafe, Manchester Academy and 53 Degrees, supporting such acts as Dan Croll, Little Comets and The Hoosiers. We’ve also had our songs played on Tom Robinson’s BBC Introducing Mixtape on BBC 6Music and Dermot O’Leary’s show on BBC Radio One.

We’re always working on making our songs the best they can be, playing powerhouse performances to people all around the country, and showing the world that Saytr Play are on their way!