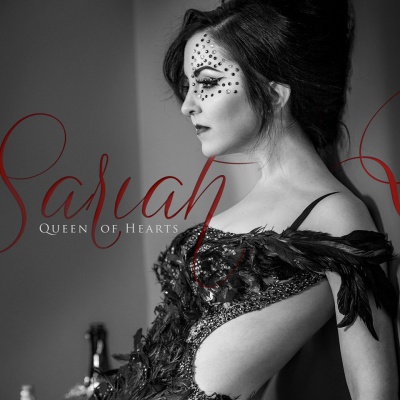 Sariah A.K.A The Queen Of Hearts grooves into the season with the explosive 7 Track Christmas EP Featuring “I Saw Mommy Kissing Santa Claus”, the dynamic collaboration with Rapper Mac Lucci Set For Release On December 2nd, 2014.After working with Sariah Mac Lucci had this to say, ““She is the hottest artist I know, (she) sings with a beautiful hummingbird voice. She’s a talent from the East Coast but is not afraid to be mix it up with West Coast artists.”

The Multi-Talented Dance/Pop Artist Exploded Onto The Scene in 2010 With Her Billboard Club Chart hit “Deep N Luv,” And Celebrates The Yuletide With Exciting Array of Producers, Including Ru Samath, Russ Desalvo, Jeff Franzel, Jimmy Greco.

A playful and infectious showcase for her sexy, shimmering and seductive style, Sariah’s Christmas EP on Reigning Heart Records includes fresh, adventurous twists on six well-known holiday standards and the newly-penned, club-ready original lead single “Only One Wish,” which breaks new ground as the perfect introduction to Sariah’s wild, one of a kind world.

“There’s something on there for everybody,” she says. “As a whole, Holiday Heart has a big sound that’s fresh and fun. ‘Only One Wish’ is about the transition I’ve been having in my personal life. I’m becoming more independent as an artist and a woman, and I’m finally standing up for who I am and what I need. There’s a fun melody to it, and we wanted to make something unlike everything else you hear during the holidays.”

“Only One Wish” is produced by Jeff Franzel (‘NSync, Taylor Dayne, Shawn Colvin), one of a batch of veteran cutting edge producers on ‘Holiday Heart’ who take Sariah to the next level in her evolving career. Ru Samath, who has done songs for everyone from Beyonce and Britney Spears to Kelly Rowland, Flo Rida and Ke$ha, is behind the boards on an easy swaying, reggae-tinged arrangement of “I Saw Mommy Kissing Santa Claus” (featuring backing vocals by the a capella group Duwende) and an edgy, electronic-driven dance floor ready spin on “Sleigh Ride.”