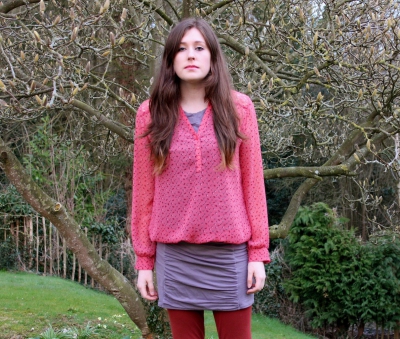 Sally Crosby is a British singer-songwriter who grew up in rural Mid Wales. An acoustic guitar-based singer-songwriter, her songs are often melancholy and pensive. She started out in music at the tender age of five years old learning the piano, a few years later and she’d taken up the violin and the clarinet.
Going on to study music and creative writing at university she found herself spreading her time between playing the violin in orchestras and with folk-rock band The Rambling Pilgrims, touring across the North Wales coast and Anglesey. Fresh out of graduation saw a new lease of life for Sally, who turned to writing for herself. Her songs are mostly written for acoustic guitar and piano, an instrument she learnt as a teenager.
In 2013 her first single emerged and in summer 2014 she appeared on the festival scene with a packed-out schedule of dates across England and Wales. Bucket of Leaves EP went live on Spotify and iTunes in October 2014 and her track ‘Comet’ has received airplay with BBC Radio 6 and BBC Radio Wales. 2014 was just the beginning for Sally Crosby, who is set to feature in FOCUS Wales in April 2015, a festival with a focus on promoting new Welsh artists.