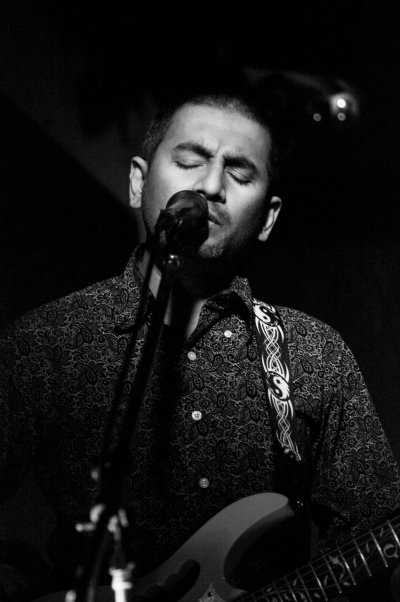 Ryan Webb was a cover artist for many years. Not an ordinary cover artist though. He’d make his own backtracks and played guitar and sang live. From classic rock to metal (Bryan Adams to Metallica), and so many other genres, Ryan’s list of songs grew to around 500 – all designed with his own personal touch.

He then decided to break away from covers and work on his own material. Through the next couple of years Ryan met with some of the not-so-great people in the music business, but finally in 2015 everything fell into place. He produced his forthcoming debut EP and played and recorded most of the instruments in his home studio, while recording vocals at Dean Street Studios.

The EP was mastered by Pete Maher (of U2, The Killers, Paul Weller, The Rolling Stones and Linkin Park to name a few artists he regularly works with) – and consequently Pete has featured Ryan on his website as being one of the best new unsigned artists he’s worked with.

Ryan performs live with Adrian (bass) and Vito (drums) and has been playing the London circuit for the last three months.

The first single was released on 2nd October and has been played on numerous radio stations around the world, even on the Queen of all radio stations, Radio Caroline!

The EP (with five tracks) will be released on 5th February 2016.