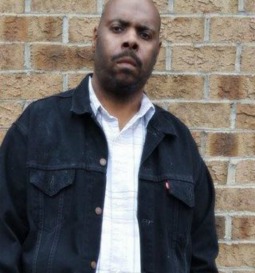 Born and raised in a small town of Winterville, North Carolina Ronnie Run is a well-known rapper with a lot of streets credit. “I want to put North Carolina on the map and show people that there is talent around the state.” Growing up around the Pitt County area was just plain and real for Ronnie. “Where I’m from was nothing different from your New York or LA. Living in the South; the pace is slow and the hard work is there.” Starting out as a DJ; Ronnie knew or thought this was something he wanted to do. After the Dj thing fell through; “I had a backup plan and it was rapping.” Ronnie’s influences are God, my daughter Jocelyn, my family, The Sugar Hill Gang, Grandmaster Flash and the Furious Five, 2Pac, Notorious BIG, Rakim, Ice Cube, Dr. Dre, KRS-One, LL Cool J, Run DMC, Beastie Boys, Jay-Z and the list goes on and on. “I remember the first time I heard “Rapper’s Delight” by the Sugar Hill Gang and I knew from that point; rapping was something I wanted to do.” It was during a school test when Ronnie wrote his 1st rap song. After that I called my cousin Big Buji and he told me that he was putting beats together so we got in the studio and did my first EP “Lyrical Masta;” it became a street classic. Two of those songs hit the radio airwaves “Ghetto Stress FT. Black Chyna” and “North Kack for Real.” With the success of these songs, I thought it was time for me to try a new producer.
Ronnie Run debut album called “New World”” with 3 tracks making noise as we speak. You can’t go wrong with “I Remember,” “Enough”(bully track)and Put it Down which is making some crazy noise as we speak! Ronnie is continuing to network and recording, waiting to get a break. “I am bringing a whole lot to the table as a artist and I am willing to give 200% if needed”

Consistently well liked songs have garnered a lot of attention for Ronnie. This can be seen in his DJ Comments: DJ Green Lantern says: “Finally this is what I am talking about! A song with nobody getting killed?”, DJ King Bee from South Carolina says: “Ronnie Run is the truth he is nice on the mic!”, Big Skye (2Pac homie) says: “Ronnie Run sounds like a new version of Biz Markie.” His current hit “I Remember” was recently featured on the local news on WNCT Channel 9 in Greenville, NC and “Hood Famous” is starting to buzz online as well. He has also had a video featured on BET’s late night show “Uncut”, “4 tha’ Club”.

2012 Greenville North Carolina Grammy Nominee for “Local Hip Hop Artist of the Year” & 2014 “C.A.R.E Awards Nominee “Local Artist of The Year” , Ronnie was recently interviewed on WNCT Channel 9, where he has previously been featured on their “Java Jam”. Ronnie was asked to audition for the NBC TV Show “America’s Got Talent” in Charlotte, NC. He has done work on a radio promo for the Jay Blaze Show on Kiss 102, at 7pm and you can hear it right now

Previously with Deka Records in 2010, he was briefly signed to SMG Global/Universal Digital Music Group in 2013, after becoming suspicious of that situation, he began working on new music and major labels as a “Artist to Watch” on the A&R’s Radar looking at him as we speak. this guy is bound to blow up.

A believer in supporting the community that supports you, Ronnie Run was a judge at the Ayden -Grifton Talent Showcase and performed there as well. He has also performed at charity shows including the “Rockers for Knockers’ a two day fundraiser and breast cancer awareness event. His song “Enough”, an anti bullying track, is another way he contributes to our global community.

He has contest popularity too, on Power 106 National Radio Champ.com with the song “I Remember”, Soul 92 Jams “Street Legends” (REMIX) debuts on “Swag or Trash” 7 straight swags and no trash! The DJs love the song!! On MakeAStar “Ghetto Life” received 8.143 out of 10 and also made it to the quarterfinals!

A Clear Channel “Artist 2 Watch”(Urban) Ronnie is also a featured artist on SongCastMusic.com, among many others, and in rotation on a variety of radio stations including SongCastRadio.com. On AudioStreet.net he is ranked in the Top 100 at number 19 in the overall artist ranking, in the top 40 at #35 with the song “I Remember”. “Arrived” has hit number 1 on Hip Hop chart and number 42 on the Top 100 charts Artispoia.com and “I Remember” was retired on that same site at number 18.Recently “Put Down” has been placed in rotation in the UK and a lot of online radio stations as well as mainstream stations are starting to spin this track.