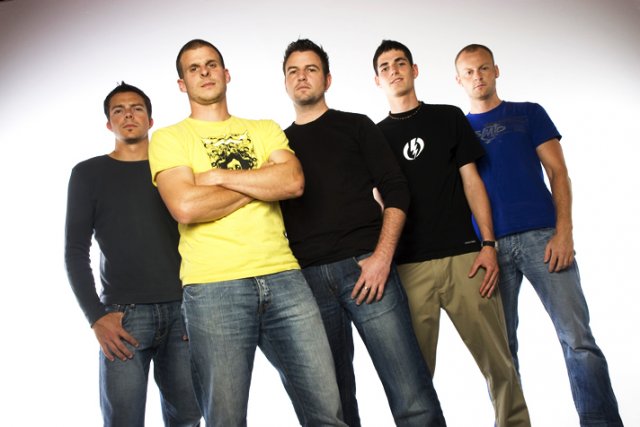 The first single from the album is “Good Days Are Gone.” The entire CD was produced by Pat Aeby who is the drummer for the multi platinum Geffen Recording artist Krokus. The songs on the Lights and Sounds CD recount Stefan’s life experiences pursuing a career in music and growing the bands repertoire for the new CD. Richtaste is a band made up of Stefan Frankhasuer (Vocals & Guitar), Rafael (Guitar), Roger (Bass), Marc (Drums) and Retro (Keyboard). The new album shows the growth and ripeness the band has gained by playing large stages live over the last year. And, Lights And Shades is produced by Pat Aeby (Krokus) who elevates the bands to the top of their game. The songs are done a high level with lyrics that are compelling and accessible throughout the entire CD. Coupled with the proficient musicianship, Lights And Shades is an appealing and awesome second CD. The band’s debut self titled album has received amazing amounts of critical acclaim by all sorts of media outlets around the world. The debut CD also had a great amount of radio play in the United States due to the label picking up the CD for the rest of the world outside of Switzerland and Germany. Sunset Records released the debut to help set up the Lights And Shades follow up CD. We are working five (5) singles to radio starting this week, says Don Lichterman, the head of Sunset. Lichterman goes on to say that he must strategically work this album. One of the guys is going into the military service from late October until February of next year. We are doing key bookings in America before and after at industry conventions before doing a Europe tour after he is done with his service. There was no way I was waiting until spring to release this music, Lichterman says about Lights And Shades. I am working two (2) singles this year and then we will work Night Of 1,000 Dreams and Superman hard starting next year. The new CD was recorded this summer at the Madhouse by the famous Pat Aeby of Krokus. Aeby produced the CD with the entire band and he did the edit with ProTools before they mastered down the CD at the world famous G-Studios (Glenn Miller).We are very lucky to have signed Richtaste, adds Lichterman, The label plans to continue to work close with Universal Switzerland which is the label that originally released the debut self titled CD last year. The band, recently just played the main stage at the sold out The annual Open-air Etziken preparing for the Lights And Shades sophomore title. The group and producer Pat Aeby spent a lot of time with over 30 songs to choose these strong 14 tracks for the upcoming release. This is really a considered a debut although we did use the self titled to help introduce the music to media, radio and retail, says Lichterman about bringing the band to the US. And then conversely with Lights And Shades we will work with Universal in Switzerland to deliver the music. After about a year since starting the main proper labels at Sunset, Lichterman s releases are gaining critical acclaim. The label is seen on the initial Grammy Nomination Ballot 68 times this year. Richtaste is on the initial ballot for Best New Artist, along with five (5) other categories this year. The Lights And Shades CD is being worked to Alternative and College Radio this year.