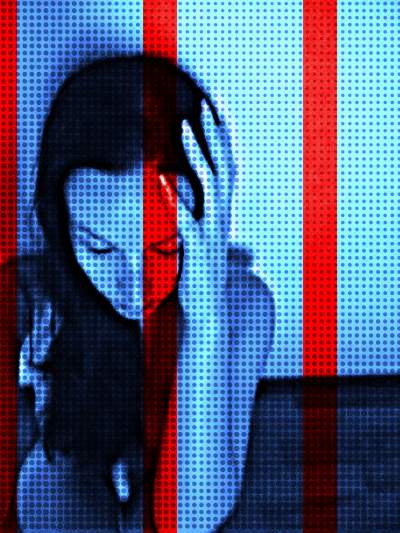 Born in the wake of England’s winter of discontent, Rachel grew up aware of a great inequality in the world. From an early age she could see the damage caused to society and culture by a rich , poor divide perpetuated by the government and monetary system. As a child she performed in many shows, film and television as both an actress and dancer but music was always her first love. She was never happier than when she was either listening to music to creating her own. Her most precious possession being a beautiful, bright red fender strat she had purchased with her own money at the age of 9. Deciding to turn vegetarian at the age of 6. She spent much of her spare time raising funds for animals in need and to protect greater areas of the amazon rainforest as a young volunteer for the WWF. She always felt deeply and sometimes overwhelmingly so. Writing poetry and later songs became a cathartic process. A way to lance the wound or air all the injustices she felt so early.

As a child of the 80’s, she always felt more attached to the period of the 60’s and grew up listening to The Beatles, The Stones and David Bowie of course who she would site as her great musical influence and inspiration.

At the age of 20 she left the UK , a pilgrim, in search of far off lands and experiences. Having travelled all over the world and spent time in around 27 different countries she considers herself a nomad. Practicing as a yoga and dance teacher and holistic healer [please scroll down to read more about Rachel’s experience in yoga and dance]. She lived in both Spain and Thailand for several years but now considers the small but sacred, socialist country of Portugal the place her heart lies. Though she is not sure if she will ever settle down completely she speaks of buying a small plot of land in rural Portugal one day where all the animals will be fully protected and people who wish to step away from the capitalist lifestyle, heal and create will be able to come and live on the land in peace with one another.

A sacred place and environment where people can heal and reconnect with the nature of which they are part. Having time to explore their greater passions particularly art and music.

Rachel’s first solo album was what one may describe as avant garde and what some others described as a sonic mushroom trip or mystery tour. The album included the track Scarlet Woman, an entirely unique musical piece she created with legendary jazz and art rock pianist Mike Garson. Garson is best known for the vast body of work he created with David Bowie. As the album Aladdin Sane and many others albums Mike worked on had been among her favourites growing up to have the chance to work with Mike was a dream come true for the young artist especially on her very first project. It gave her the confidence to experiment and share her music with the world.

March 3rd marks the release date of her second solo album, 50 Shades of disEASE. Rachel wrote all the songs on the album herself and constructed the melodies and vocal effects working closely with friend and multi instrumental London based producer Ceri Davies to complete the rich instrumentation and ambient layers that make up each number. The album 50 Shades includes the track In Search of Haight Ashbury ft Glasgow based guitarist John Morrison. Morrison also recently took on the role of manager to Rachel. In Search of Haight Ashbury was a particularly meaningful track to the artist based around the hippie spirit of the late 60’s Rachel was granted personally permission from cult director Jack O’Connell to work with his controversial film Revolution to create her video accompaniment to the song. The ideas and philosophies of the so called hippies and yippies were always in keen line with her own principles and dream for a world of greater equality and freedom. And her passion for the days gone by is clear in the piece.
The darker Cry no tears, was accompanied by Berkely music graduate Maxwell Abushi on piano and keys. A haunting number yet minimalist piece which still holds it own against against more hard hitting tracks like So Sorry Child and Craving the Unobtainable object.
More psychedelic songs like Take me to the river and An ode are equally captivating and tantalising to the ear.

All in all I am sure you will hear at least 50 shades if not a few more thrown in for good measure.

Rachel has already began recording her next project which she describes as hush, hush at this time due to the intended purpose. Several European venues have reached out to Rachel to perform live to which she assures all she shortly shall indeed try to honour.

”I grew up listening to music that was about something. Music that had a message and spirit. Like The Beatles, Zeppelin and Janis Joplin. I was fascinated with the spirit of the 60’s and the idea of a revolution led by all these crazy, cool musicians that had had those doors open to them by the beatnik generation that came before. Today so much of the music that is out there in the charts is just beat with no substance. There are tons of genius artists in the world now but you have to dig really deep to find them. People think the internet opened up the business for everyone not just those who had been signed by a label and in some ways it did but it also made artists a needle in a haystack while digital release afforded them almost no opportunity to make a living from their art. I think through music you can express and insight almost anything, any idea, any emotion. The project I am currently working has a real political angle and I have done lots of research in order to understand how we got to where we are now. I am not knocking music that is just for fun or dancing but when music has something to say then I really get interested. Then I believe for a second we could achieve that spirit again,”