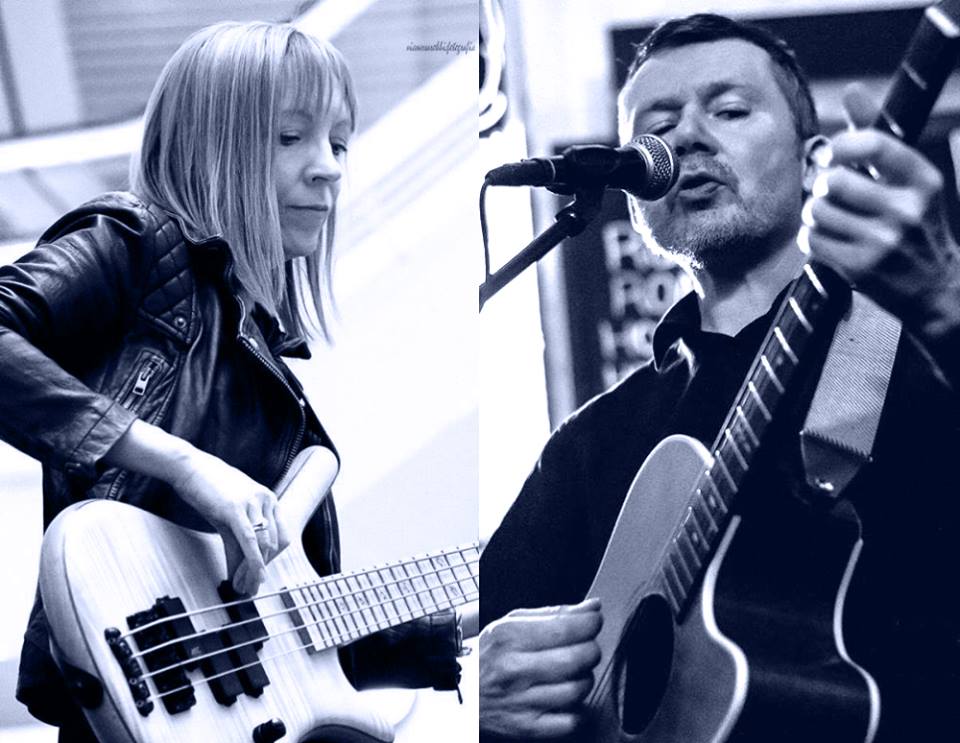 John Cox is Hull-based and has been playing and writing music since the age of 15 and this developed to include recording and producing his own work and that of others. His main influences are Bowie, Prince, REM, Crowded House and Paul Weller amongst others.

Rosie Queenan is also Hull-based and has been playing in bands since the age of 16 and has recently begun songwriting. Her influences include Chrissie Hynde, Patti Smith, Bob Dylan, Fleetwood Mac & Talking Heads.

Together their sound is best described as melodic and funky with a soulful edge and being genre-free has a wide appeal. Their shared love of hooky songs with strong vocal harmonies is a feature of their musical style.

They played their first gig as Queenan Cox at Solo’s Music Café, Willerby near Hull on 22nd March 2014. Since then they have played at numerous venues within the Hull and East Riding area including The Jaz Bar, The Raine Club, The Kardomah94, St John’s Hotel – all in Hull, and The Blue Bell Inn, The Railway Pub, Hodgsons Pub, The Lawn’s – all in Cottingham, and The Tiger Inn (Beverley) & The Minster View (Howden).

Charity events:
Played at ‘Stand Up To Cancer’ Charity Music Event at The Red Lion, Driffield on August 24th 2014.

Queenan Cox organized and hosted ‘The Long Good Thursday’ Charity Music Event in aid of St Andrew’s Children’s Hospice at The Piper, Hull on April 2nd 2015. This was co-presented by Ross Carrick, radio presenter at Lincs FM and KCFM Radio.