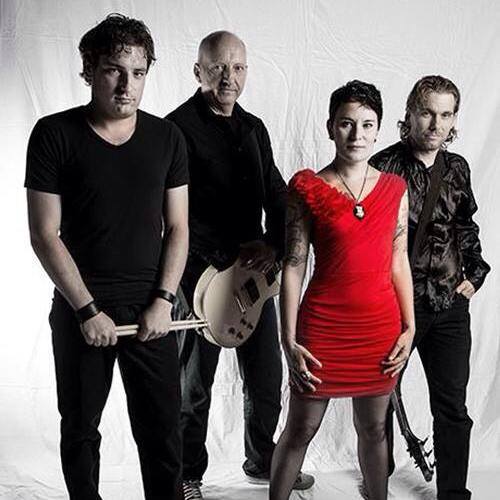 Originally formed in Geneva in 2007, the current line-up was completed with the arrival of Roxane (vocals) in 2009 and Math (drums) in early 2010, since when the band has played various gigs in the Geneva region and nearby France, including an appearance at the prestigious Festiverbant festival in 2011.

Although clearly fans of 80’s and 90’s guitar driven-rock, the band’s style – Roxane’s challenging, dark and disturbing lyrics, Adrian’s riffs, Dave’s weaving and intricate bass lines and Math’s powerhouse drumming – meld together to create a new take on high energy modern rock. The multi-national (Swiss, French and British) and diverse musical backgrounds of the band contribute significantly to the depth and breadth of their songwriting.

To date, the PhazyLuckers have released two studio mini-albums, “Amnesia” in 2010 and “Luc Is Speaking” in 2012, the latter financed from their live appearances and sales of Amnesia. Both releases have been well received by critics, and successfully showcase the band’s love of heavy distorted guitar sounds and chilling vocals, their musical influences apparent but the style unmistakably their own.

Amnesia (4 tracks) and Luc Is Speaking EP (4 tracks) are available on physical CD and all major digital distribution channels including iTunes.