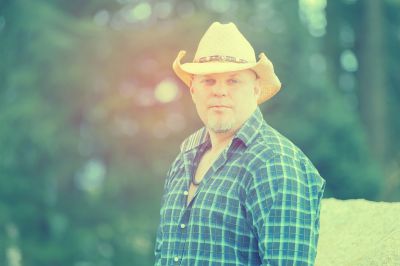 You know that old saying ‘you can take the boy out of the country but you can’t take the country out of the boy’? Well it rings true in more ways than one for Country music singer and songwriter Peter James.
James grew up in the small towns of Maple Ridge and Mission, BC surrounded by mountains, lakes and streams. James filled his days with good old-fashioned backcountry fun, helping his dad around the farm and playing music.
His first musical influences were the Statler Brothers, Buddy Holly, Bob Dylan and The Everly Brothers from his parents’ record collection and by his teens he was listening to Sting, Bobby Brown, and AC/DC. He grew to appreciate all kinds of music and spent hours studying melodies, harmonies, production and vocals. Little did he know that his passion for music would take him all around the world and back again.
James started playing the drums in grade 4 and soon after, was studying classical piano. By the age of 13, James was composing and writing songs.
Upon graduation from high school, James put a focus on his songwriting and started working with Mark Andrie of Cavern Recording Studio in Abbotsford, BC where he spent every dime he had on recording his songs.
By the age of 19 James placed some ads in the paper for musicians for hire and formed the Peter James Band. The band rehearsed in an old multi-level jam apartment a couple blocks from the No5 Orange strip club in Vancouver and started booking shows. They hit the road to Prince George for their first gig on their BC tour and while playing in Smithers, James met Steve Marshall who asked if he would join his band to write and record an album. James accepted the offer, finished up his tour and moved to the Queen Charlotte Islands where Marshall was based.
They wrote most of the songs on their Roxy Roller album and celebrated some chart action with the track Irie. The band toured BC, Dubai and Thailand where James decided to stay and earn his living as a musician, producer and composer.
After 10 years of living in Thailand, James was ready to move and took his chance when he was asked to play in a band called Déjà vu to tour in Bangkok and Abu Dhabi in the United Arab Emirates. He was then picked up by the group Cinderella Rockafella and toured the Middle East and Canada for 5 years.
With 15 years of playing in Top 40 cover bands, James was ready to pursue his desire to go solo and work on a cruise line. With the blessing of the band, he took a contract on the Holland America, which sailed from Vancouver to Alaska. The contract was short lived due an unlucky slip and a broken finger so James kicked back for 4 months of healing time and while thinking about home, he penned his debut Country music album.
Eager to earn enough to record and market the new album, James accepted a 7- month contract on the Pacific Pearl in Australia and during his summer off, he hit the studio. After recording, James went back for one final contract on the Pacific Pearl while Steve Klassen from The Sound Suite mixed the record.
Around the world and back again, James returned home in May 2015 with a wealth of experience and his debut Country album Livin’ For The Summer – a tribute to his BC roots.