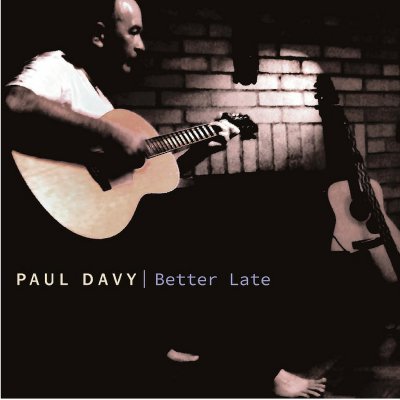 30 years in development and 3 years in the making, Better Late is Paul’s first studio album. Self-funded and recorded at Airtight Studios in Manchester and produced by musician and song-writer Nigel Stonier, Better Late is a collection of 12 songs detailing Paul’s observations on birth, life and death. From homelessness to Virgin trains, the birth of his first grand-daughter to the death of a close family member – Paul’s lyrical, musical exploration of the world around him offers listeners a distinct bluesy/folk style with storytelling well and truly at its heart.

Drawing influences from a wide range of artists including the likes of Gerry Rafferty, Rab Noakes and Thea Gilmore, in addition to live artists such as Capercaille, Old Crow Medicine Show and Karine Polwart, father-of-two Paul has been writing music since his teens. He set his guitar to one side when career and family took over in his late-20s, but when one of his earliest home recordings was unearthed in 2010 by his sons he began to write again – beginning with a protest song in response to David Cameron’s ‘Big Society’ idea. In the last 3 years, Paul has written, recorded and produced the 12 original songs on the album with a little help from his friends and family – many of whom perform on the album as backing vocalists or session musicians.