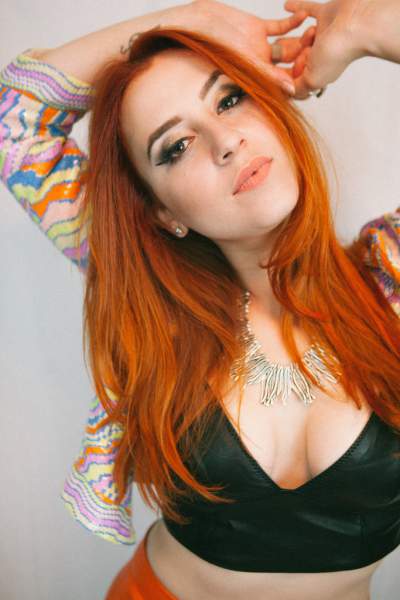 Nikki Lorenzo was born in Miami, Florida in the midst of Hurricane Andrew. This unsettling phenomenon of nature would later serve as inspiration for Nikki Lorenzo as she describes her music and personality as a little bit of everything all shook up, but forms to create something magical.

Nikki started singing before she could speak and learned Evita by the age of four, at the age eight she wrote her first song and was performing soon after that. Quickly realizing that her music future would be limited in Florida, Nikki moved to Los Angeles.

Valerie Morehouse and The Voice’s very own Stevie Mackey started working with Nikki upon moving to Los Angeles, as she is now a classically trained vocalist. While in Los Angeles, Nikki took her love of jazz, blues, pop and rock-n-roll from influences like Dinah Washington, Patsy Cline and Freddie Mercury, all the while never losing sight of her Cuban/Spaniard roots to craft her sound. The CW network introduced Nikki’s latest tune, “Work That Charm” which was featured in the promo trailer of “Significant Mother”.

Nikki’s passion for writing is revealed within her sassy and evocative lyrics that intertwine with her sultry stage presence. 2015 is proving the be a monumental year for Nikki as she completed her debut EP Firebox that is best described as retro pop, and will be debuting later this year.