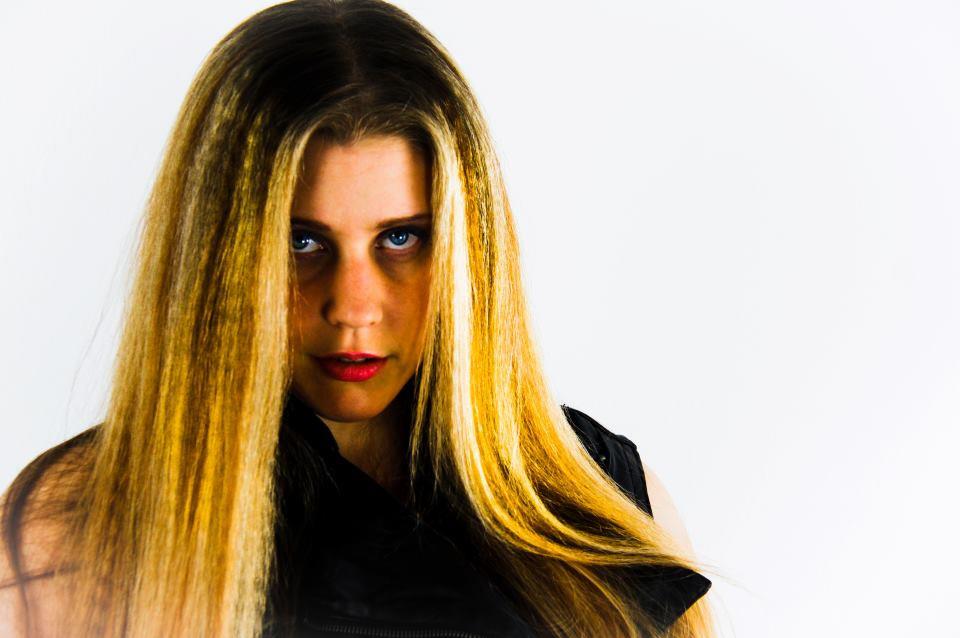 Melina Marie is a multi-faceted singer/songwriter out of Detroit, Michigan, fresh off the 2014 release of her engaging and emotive first album “Mental Playground.”

Captivated by music at a young age, Melina Marie’s time spent developing her artistic sensibilities is revealed in “Mental Playground,” produced by Chuck Alkazian, co-produced by Melina Marie and Josh Karpowicz, and recorded at Pearl Sound Studios. The well-produced album contains an integration of songs that draw you in: lyrically relatable; sensitive, yet edgy; real, but with ethereal facets of electronica and dimensional vocals. The first album single, “Disarray,” is featured in the ending credits of the film
“Don’t Let Me Go” of the 48 Hour Film Project.

Her versatile style of songwriting ranges from compelling piano ballads to pop electronica combined with elements of rock. Melina Marie has had aspects of her artistic delivery compared to qualities of artists such as Liz Phair and Tori Amos, and the fusion of real and electronic instruments make an absorbing, listener-compelling sound. But even alone at the piano, she is the kind of artist that catches and keeps your attention, connecting herself to the audience through her heartfelt and beautifully constructed songs and vocals. “Mental Playground” can be found on iTunes and Amazon.com, and additional artist information can be found on Reverbnation at http://www.reverbnation.com/melinamarie.

A solo artist throughout the recording and release of “Mental Playground,” Melina Marie is in the process of establishing a band to perform her songs live. Her lyrics are drawn from real life experiences, and she reaches out to listeners in a very sonically moving and personal way. She is undefinable, yet fluidly shapeable.

Having become fascinated by the recording process during her first studio experiences in New York,
Melina Marie immersed herself in learning the art. She has continued her growth under the tutelage of Chuck Alkazian at Pearl Sound Studios. Through her personal evolution as an artist, she has discovered her gift of developing others and in helping them define and achieving their artistic goals. As a musician and artist who understands the work ethic that must accompany talent, she has found real meaning in assisting others in the creative process. Helping artists facilitate the development of their own sound, she is available out of Pearl Sound Studios as a composer, songwriter and producer. She is also available as a singer and studio musician on acoustic and electric guitar, bass, piano, keyboard, and ukelele. A graduate of the Schoolcraft College Sound Recording Technology program and continuing on to earn her BA in Music Recording Technology, Melina Marie teaches recording classes as well as giving private lessons. She is a musician that recognizes the importance of recording as an art, as well as the need for dedication and commitment to the creative methodology involved.

Melina Marie’s background is full of music. She was playing piano by ear at age 6, and began developing herself as an artist throughout high school. She participated in talent shows, ensembles and concerts, and also wrote, sang and recorded an original anthem for her school at graduation, which is still in use by the school today. She continued her musical education while enrolled in the Schoolcraft College Sound Technology program, where she wrote, scored, and toured with the Schoolcraft College Synthesizer Ensemble. She also toured with the Schoolcraft College Jazz Band as a backup singer, where she performed at venues such as the Jazz Showcase and the Navy Pier.

Recognizing the importance of being as diverse as possible, she has scored music and sang vocals for various television commercials including Hanson’s Windows and Binson’s Prosthetics, a well as several films entered in the 48 Hour Film Project. Teaming up with Christian artist John Hudson to co-write and record the song “Reach Out to You,” they raised proceeds which were donated to homeless charities. She has also performed in various venues locally and on the east coast, in both intimate settings such as coffeehouses and bars, as well as larger backdrops including festivals and college campuses. Born in Detroit, Melina Marie was raised in New Jersey and then relocated back to Michigan. Proud of her original Detroit roots and the rich musical history of the city, she was interviewed for a feature by CBS in 2013.

The article may be found at http://detroit.cbslocal.com/2013/08/13/detroit-proud-melina-marie/.

For further details on Melina Marie as an artist or her freelance work out of Pearl Sound Studios, please