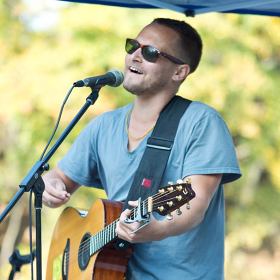 McNary is the Artist name for Nashville based Songwriter Tim McNary, who found his passion for writing music and performing while spending 2 years volunteering and backpacking in South America after college. His folk leaning sound has been described as raw and emotive. McNary has performed hundreds of shows around the Southeast and shared the stage with The Civil Wars and Griffin House, among many others. He has been compared to Ryan Adams, Ryan Bingham, Damien Rice, & Ben Howard

Superlatives
McNary has been featured in the New & Notable section of the popular singer-songwriter web site Noisetrade, received air time on the 615 show on Lightning 100 in Nashville, and was listed on NSAI’s Songwriter’s to Watch in 2015.