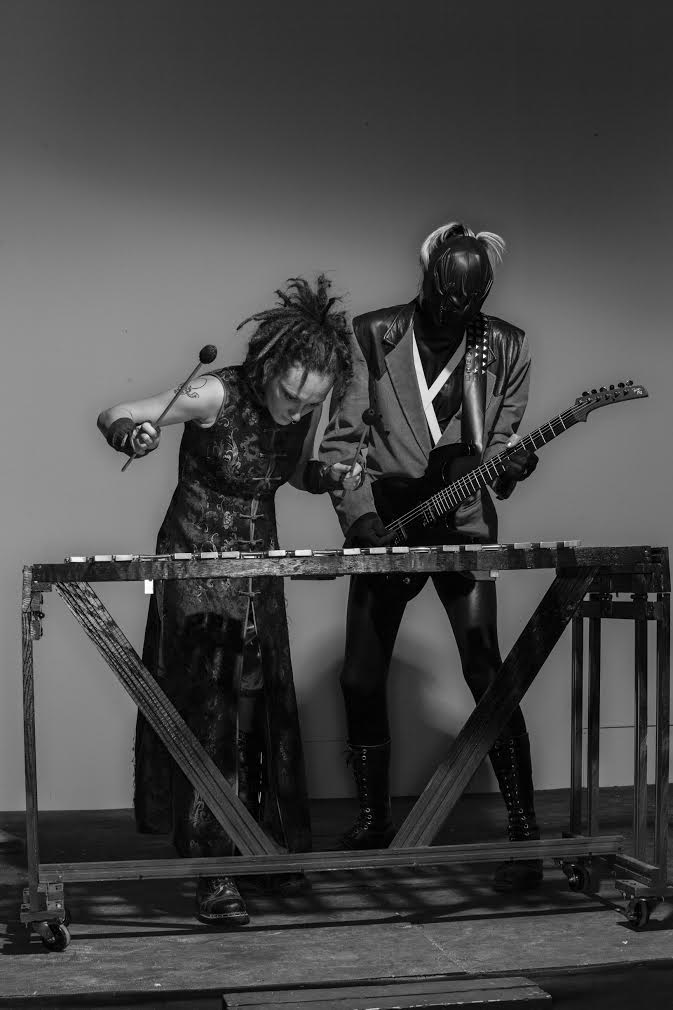 Taylor & EvE met in mortuary school in Dallas back in 2011. ¶ spent his life in rock bands & wanted to make a band that sounded new yet familiar in the vein of electronic & heavy. EvE spent her life honing her visual art skills & mastering the unconventional vibraphone. The two formed ManifestiV in 2014 & recorded their debut “Einer Sie Gern” which they spent 2015 taking across North America.

ManifestiV goes well with an array of emotionally heavy music, from Nine Inch Nails to Radiohead, from Rammstein to Alice in Chains, even from Marilyn Manson to Tool. We hope you love it 😀