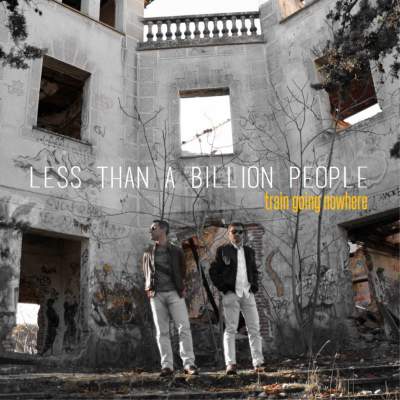 Less Than a Billion People

Definitely much less than a billion people, this Spanish unsigned and alternative pop rock band is composed of only two members. The unusual fact is that Jesus Barriuso lives in Spain, while Pedro Chazarra is based in Bogota, Colombia. Both of us manage to compose, perform, sing, record, mix and master our music together, in spite of being 5000 miles away from each other.

Released in July 2015, our third album is called “Unfiltered Dreams”. Yes, dreams without the guard of a filter that would protect your mind against irony, madness, solitude, devastation or fatigue, but will allow you to enjoy some feelings you always desired to experience.

All creations of Less Than a Billion People, namely music, videos and artwork, are produced under an entirely independent approach.

Less Than a Billion People online

Music from Less Than a Billion People