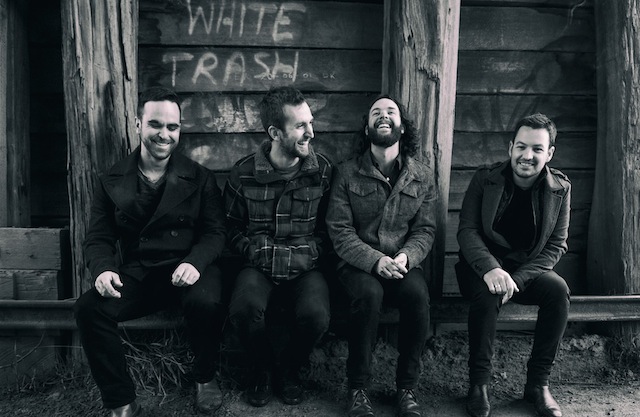 Hailing from Australia’s capital city Canberra, LAVERS are a four-piece band known for their energetic live shows, singalong choruses and intricate recordings. The nucleus of the band consists of the Lavers brothers Dom (lyricist and lead singer) and Seb (composer and multi-instrumentalist).
Dom and Seb have a passion for music from many different eras, and the band’s sound can be hard to pin down. There are strains of Led Zeppelin’s acoustic work as well as an appreciation for cult-favourites Big Star. The band tips its hat to legendary British bands such as the Smiths, the Cure, the Verve and Bends-era Radiohead, while also expressing admiration for the classic American sounds of Wilco, Grant Lee Buffalo and Ryan Adams.
The band’s 2011 debut EP The Street Is a Symphony showcased the brothers’ melodies and song-writing abilities and earned them their first taste of radio exposure on Australia’s national youth-orientated radio network, Triple J. The band expanded on this with the haunting Endless Corridors EP the following year, earning further radio play across Australian community radio and also internationally in New Zealand and the UK.
Recording of the debut album Thought I Was King had to wait until drummer Matt Barnes finished building his own studio (converting his humble backyard shed into a professional recording studio). However, this allowed the band to move at its own pace, refining its craft and working on the songs until all members were satisfied with the results. The album combines the passion of the band’s live performances with lush and multilayered arrangements, rewarding both casual listener and music aficionado alike.
LAVERS have performed regularly over the last 4 years, venturing out of Canberra for well-received shows in Sydney, Melbourne and Brisbane, and look forward to introducing new crowds to their songs over the next few months.