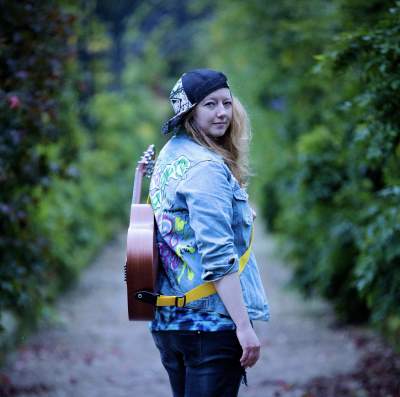 Last of the Spoken

Last of the Spoken is a brand new up and coming Singer/Songwriter, Vocalist, Guitarist, Bassist, Drummer, Producer. From Stoke-on-Trent. Amanda Roche is the talent behind her stage name ‘Last of the Spoken’ which stands for (When society is Oppressive, the ‘Last of the Spoken’ will rebel, coz we’re not afraid to live outside it!) ‘A way of life’ she has adopted and created since her mid teens. Last of the Spoken’s genre crosses over with- Alternative Rock/Indie/Pop/Punk Amanda released her Debut EP ‘Last of the Spoken- Take on the World’ In Dec 2017 which has 5 original tracks including her debut single ‘Fairytale Ending’ which is an Anthem for Mental Health Awareness which is a subject close to Amanda’s heart as she is living mental illness & actively shares her experiences through her music in radio interviews and online. You can hear Last of the Spoken’s Debut EP on spotify, iTunes, Apple Music, Amazon Music, Google okay and all other major digital platforms
Influences
Influences (Lyrically and Melodically) from bands- Yellowcard, Angels and Airwaves, Paramore, All American Rejects, McFly, Busted, Blink 182, Thirty Seconds to Mars, Pendulum, Linkin Park….

Last of the Spoken online

Music from Last of the Spoken