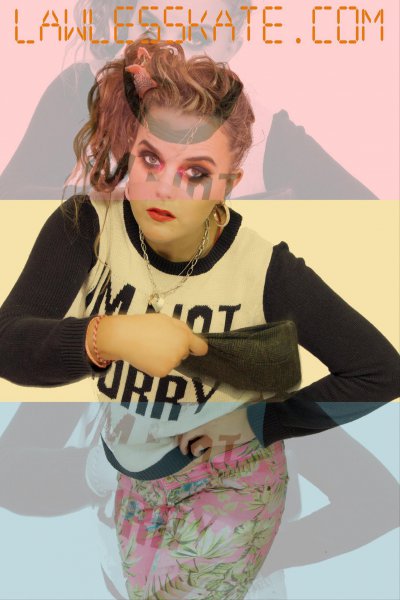 Kate Emily Lawless (Lawless, Kate E.) lives in Connemara, not far from where she grew up in Galway, Ireland. She is a songwriter, a poet, a singer and occasionally dabbles in acting/comedy.

Kate E.’s sincerest aspiration is to be a strong female advocate for mental health, suicide prevention, anti bullying and positive social change. Kate has a very special place in her heart for the elderly and is passionate about changing attitudes towards how we value our senior citizens. Her Grandpa, Dr. Tom Kelly, who was the local GP in Belmullet, Mayo, up until his retirement last year, at the ripe age of 95 is currently Kate’s unofficial music manager/mentor. Her next single, to be released in November, called “Fighting to Live” is a song she wrote for suicide prevention. The topic of suicide is obviously very serious. In Ireland it is one of the leading causes of death of young men and leaves devastating effects on families and friends left in it’s wake. Despite the subject of the lyrics being heavy and heartbreaking, this beautiful song still manages to be hopeful and uplifting.

Her songs include autobiographical quirky stories about her perilous adventures around the world and they feature some of the colourful characters she met along on the way. For example, her country song ‘Lawless Child’ is about fighting with everyone, except her best pal, her wise 96 year old “Grampa”; whilst another upcoming single ‘Red Light’ mentions her encounters with some very bold rogues in an Albanian gang that Lawless, Kate E. encountered whilst living in Rome. There is a thread, a unifying theme of her very varied song genres, that spans country, rap, Japanese pop and even Irish traditional elements. They are often allegorical comments on a malfunctioning society that she has spent most of her life being rejected by. They touch on mental health, loneliness, suicide prevention and bullying.

What about the BEARS??

“Cool Bears” features some very ‘bould’ teddy bears including the kidnapped Charlesville, Cork GAA mascot and a Barry’s tea addict called “Little Teapac”. For a few years now, Lawless, Kate E. has had a very naughty teddy bear named Teapac, who was named after a combination of his love of the late rapper Tupac Shakur and his obsession with drinking Barry’s Tea!

Lawless, Kate E. has coined the term ‘fairy rap’ to describe her own quirky genre of poppy tracks that feature spoken word. She would describe her style as a juxtaposition of sweet ethereal icing on a deeply layered cake, seething satirically in its comments on society. After studying music in Cork city for the past 3 years, she released her debut single and music video‘ Lawless Child’ in January 2015. It has been played mostly in the Kingdom of Kerry, but also on Classic Hits 4fm and around the country on various other radio stations.