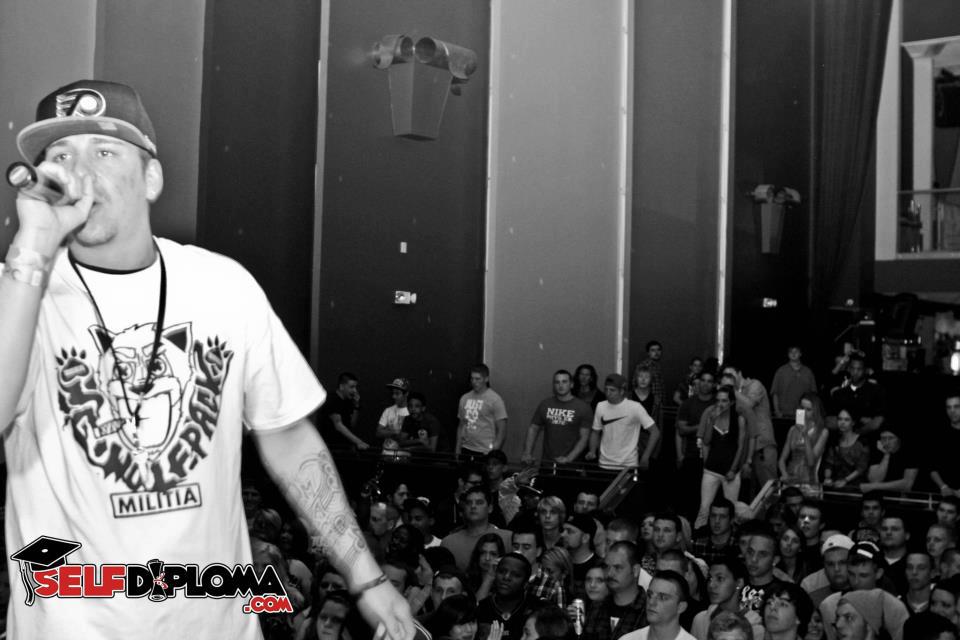 In this day and age it’s unusual to find artists that are genuine and true to their roots. With current mainstream music standards of quantity over quality it’s hard to find artists that still write their own music; artists that pour their experiences, thoughts and emotions into their work. Independent hip-hop recording artist/songwriter Joey Mack of Cincinnati, Ohio is one of few artists in the industry that still writes his own lyrics and has been since he was just 13 years old. Joey Mack has had the opportunity to open for artists such as Twista, Caskey, Machine Gun Kelly, Kid Ink, Raekwon, Crime Mob, and Hopsin. His songs like “Pristine” and his single “Do It” on iTunes truly signify his versatility as an artist. Joey Mack is able to produce songs that contain meaningful lyrical content that tell a story or express life events as well as songs that contain catchy beats and lyrics that many listeners can relate to. His ability to take different styles and give them his own unique twist is one characteristic that makes him an artist to watch for. Joey Mack can be described as “a diamond in the rough.” He’s an artist that remains true to his roots and possesses vigorous songwriting abilities, making him a threat to other artists in the industry. Among mainstream artists and upcoming artists trying to meet the mainstream standards Joey stands out and remains a genuine artist constantly improving and accepting new challenges. It won’t be long before he makes a breakthrough and is heard on airwaves across the country. With a fan base crossing international boundaries, Joey Mack won’t be leaving the music scene anytime soon. Be on the look out for this young triple threat to emerge with one of the strongest and sickest lyrical flows you’ve ever heard.