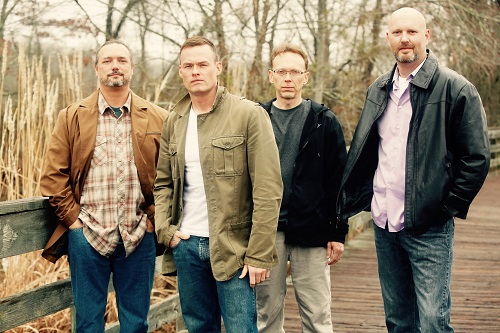 Most musicians choose a single style in their career and stick to it, developing skill and passion for only one type of music. But, every once in a while there is an artist with the talent to touch many different styles and make each his own. Jeremy Jackson is that artist. A musical past as long as the days and soul as deep as the night, hearing The Jeremy Jackson Band is an experience touching multiple genres. Rhythm and blues, southern rock with a touch of classic country, this is only a clue to a sound that is difficult to limit by description.

Jeremy’s haunting vocal style comes from years of development in the Deep South. Gospel was the first music he ever made, as is for many musicians who were raised the Bible belt. His youthful rebellion was lived out from age ten, as his life changed the moment he picked up a guitar.  He grew older and the same rock and roll that would “send you to hell” now peaked not only his curiosity, but creativity. Still drawing from the simplicity of voice and guitar common in all types of southern music, he began to write songs about life and love, the subjects we all relate to.  From that point on music was the current that moved the blood through his veins. Playing out in bands from his teenage years on, Jeremy drew musical influence from across the board and was developing his own distinctive sound.

That sound has driven several innovative bands including Luster (1998-2001) and Mozaik Salvo (2001-2002) which developed into Subcurrent (2003-2009). Subcurrent garnished attention from major label band Fuel, as they searched for a lead singer and considered Jeremy among several other seasoned voices of rock and roll. The audition was a nod to his talent that signaled mastery of his craft, and he continued to carry Subcurrent higher. They opened for the multi-platinum selling Live in 2006 and then transformed again over the next few years.

In 2008, Jeremy Jackson finally began the path which developed into the current incarnation by booking regular solo acoustic performances. He split his time with popular local band, the Blinders, while constantly sharpening his solo vision. In 2011, Jeremy split from the Blinders to form the beginnings of The Jeremy Jackson Band. Though a new venture, it was a long time coming.

He has been given the rare opportunity to work with two extremely talented musicians, Tony Robinson and Josh McCary with which he has two decades of history. A trifecta of talent, the three musicians playing under The Jeremy Jackson Band have widely varied influences tied together with a long history of experience. This comfort allows for true creativity to thrive as their sound continues to simmer. Newcomer Charley Freeman has played in common circles for years, but unites for the first time with the other Jackson band members adding a welcome element to this force. In 2016 Brian Bankston came in to fill the spot of lead guitarist, but he did much more for the band. His style and tone revitalized the overall sound of the group. The foursome took a step back and reworked most of the tunes, and began writing some new ones as well. They began working on the album ‘Southern Eyes’ in the fall of 2016 at the legendary Fame Studio in Muscle Shoals, AL. The record is set for release in the summer of 2017.

Jeremy uses the term “Alt-Country” or “Americana” to describe the southern roots felt through his music, but a number of terms could be used to capture, though not fully explain the vibe. The passions felt in these songs go deep enough to comfort and relate, pointing out the heartbreak and happiness of being alive. The Jeremy Jackson Band is a platform for the growth of a new movement in southern music, a real and different take on country attracting a fresh audience to this seasoned music.

Music from The Jeremy Jackson Band