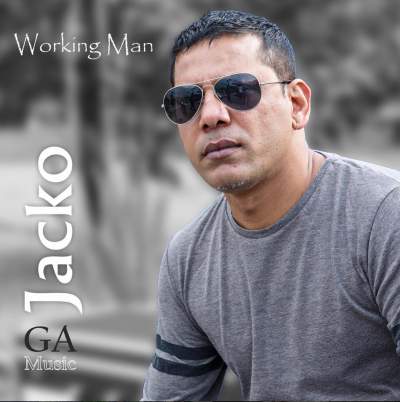 Many people have underestimated the stubborn determination of Jacko, a self- proclaimed ordinary English lad of Asian decent who was destined to follow his dreams. Jacko may have been ‘ordinary’ but his pursuit of his personal ambitions saw him eventually become 5 times World Kickboxing Champion.

Although initially this may sound like a disjointed career path, the more you get to know Jacko, his determined nature and his unfaltering approach to life, the more you will realise that his next step as a recording artist makes prefect sense.

Born in the east end of London in 1969 as a British/Bengali family, Jacko’s story is reflective of the hard working, drive and determination many immigrants and second generations to this country are instilled with, grabbing every opportunity with both hands.

Even with such early success and an impressive kickboxing career, Jacko will not stop..! and continues to set records and break boundaries against all odds.

“Everyone mainstream Asian artist like Ragev & Jay Sean etc do RnB, soul, swing, Hiphop & Rap music… I’m the first Asian to do Rock Music form UK and USA. I am going to set new standard in music and going to make a deference. I’ve written and co-written more then 20 Rock/Pop/Ballads my songs are all about amazing lyrics and I want to touch people hearts”

Having never sang before in his life until august 2015, Jacko believe music has come to him now and he believe it is a gift and a miracle in his life and he want to explore and totally dedicated his life to making amazing music. Jacko already have 3 music studio’s set the highest standard and working around the clock to complete his album.

I’ve changed the whole course of my life just like that and now all of a sudden I’ve got an album coming out, with amazing tracks.

“She Commented” I was blown away when I found out that Jacko’s just recently started to sing and I love the track.

June 2016 Jacko released a single called “You Are The Reason” a song he wrote for his daughters. From the forthcoming album called “Love Rocks”. Jacko his song will touch many peoples heart and it did.

Jacko’s 3rd Single is also from the album “Love Rocks”. “I wanted to write a jam, a happy song that relates to all of our daily lives. Hard Working Man, working for our families, I feel is this song will put a smile on peoples face. the

My Song will touch peoples “Hearts”