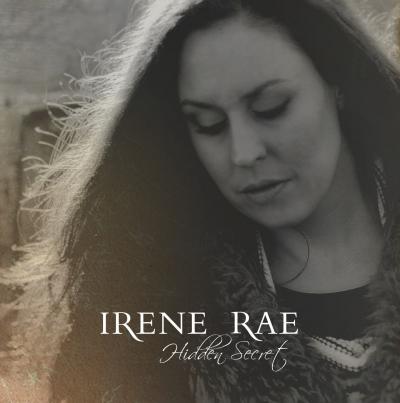 ‘’I always believed I would be a Mermaid when I grew up…genuinely. At 9 years old I realised I wouldn’t – I guess I had to rethink my life plan early…’’ Irene Rae

It was always clear that Irene Rae had a vivid imagination which developed into a strong love of Theatre in her early years, culminating in a 2.1 BA(hons) degree in Theatre in 2000. Irene Rae has appeared on the stage in various plays over the years, however music was always an underlying current throughout both her training and her motivation for learning.

Irene Rae’s earliest musical memories stem from being a child, sitting in the backseat of her parents Cortina and listening to endless mix tapes of a variety of amazing music from Motown to The Beatles, Karen Carpenter to Bon Jovi, Barbra Streisand to Adam and the Ants… music, and more importantly singing was an family experience, one of love and support. Song-writing and playing guitar came a lot later into her life than most of her peers – she began to teach herself guitar at the age of 22 years old, listening to CDs and recreating the sound she heard…to this day the theory is still a mystery to her.

‘’ I struggle to name the basic chords I play, I know I should learn – but I like the fact that if I don’t know the rules…then I don’t know how to stick to them.’’Irene Rae

Irene Rae admits that music and song-writing has provided her with the space and courage to explore the highs and lows of love and life. For Rae, nothing touches live performance: nothing else offers that visceral connection with the audience and a chance to help the listener feel something, to feel less alone in their troubles, or just to feel better. Some people write happy music, some people write sad, Rae has been touted as writing hopeful ballad’s with a lesson to be learned in them all.

Irene Rae has toured up and down the UK, supporting the likes of Midge Ure, Hazel O’Connor, John Power, The Levellers (acoustic) and Declan Bennett, to name but a few. Her style and lyrics have been compared to Nora Jones, Natalie Merchant, Eddi Reader, Lisa Loeb and Bic Runga – whilst remaining uniquely her own.

In 2009 Rae released her first album End of Nothing, Beginning of Something, having produced three EPs previously.

Hidden Secret, drawing on personal experiences, has been four years in the making. It showcases a new reflective maturity in voice and lyrics. 2015 bears witness to Rae’s return to both gigs and studio with its release.