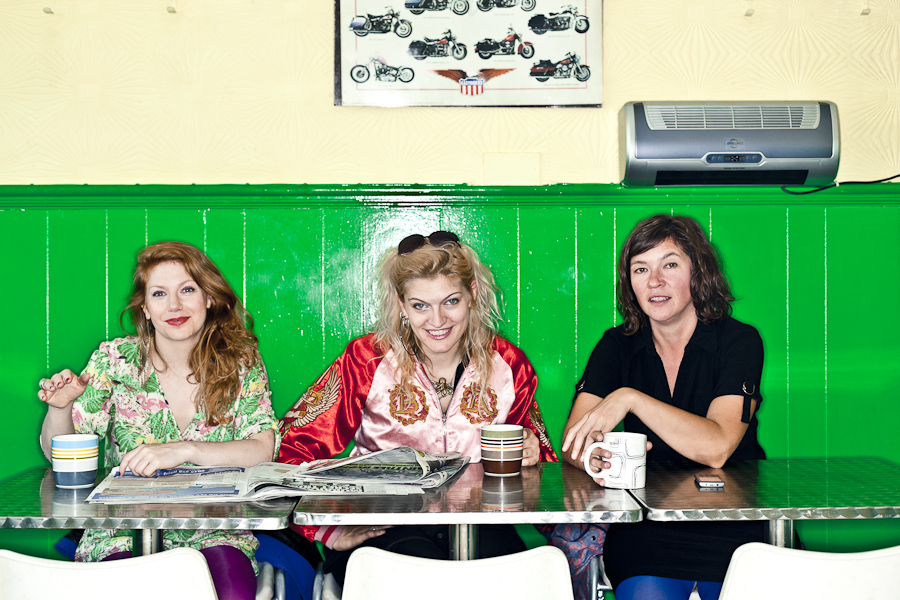 Following a heated discussion about the general indifference of much played on the radio , Liz and Lindsay decided deeds and not words were the way forward.
Taking to an untidy room in Newcastle, they wrote words into a big black book, communicated musical ideas by the astonishing medium of hand gestures, wrought astonishing piano riffs and in Lindsay’s case, learnt the bass. (on-going)
With a small but perfectly formed arsenal of songs at the ready, they knew that drums; possibly on a towering scale, were what was missing; so promptly got out the batphone to ring Lady Caroline Mary.

They have since released an EP, played 2 live sessions for BBC introducing, supported Jamie Cullum on tour, been shortlisted for Glastonbury’s emerging talent competition, played numerous festivals and gigs and are currently writing an album..in between camping trips.