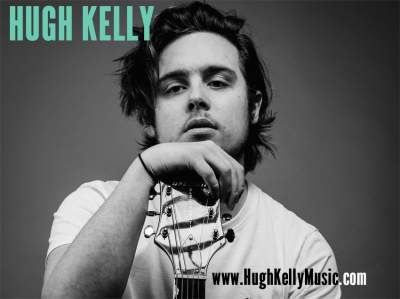 Hugh Kelly, an Alt.Blues/Soul singer songwriter, based in Glasgow & Edinburgh, released his debut EP in Feb 2016. The Scotland on Sunday and The Scotsman newspapers both featured him as their ‘Artist of the Week’ at the end of Feb. He was selected as ‘single of the week’ in March on BBC Radio Scotland’s Janice Forsyth Show, highlighted as one of Jim Gellatly’s top picks for April in The Sun newspaper & featured on Tom Robinson’s ‘Fresh on the Net’ in May.

During the summer months, Hugh completed a 10 date UK tour before launching into 45 solo gigs in 23 days at the Edinburgh Festival Fringe in August – his highlights were performances for Scottish Television (STV) & also 2 performances for the BBC.

Hugh will be releasing his next single ‘The Double’ in November 2016.