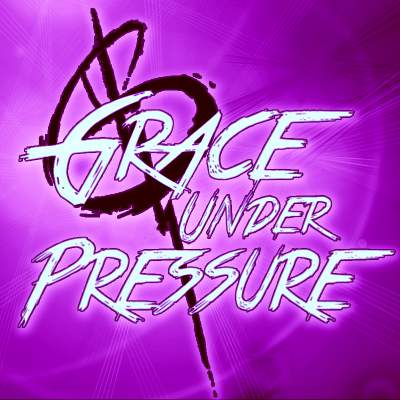 Grace Under Pressure is the product of two opposites that don’t attract but who share an addiction to music. Combining a male and female perspective with their vocals, GUP is inexplicably the love-child of only two people, Melody Dante and Jesse Slingsby. The sound they welded together can best be described as a room of musical genres colliding their greatest hooks and harmonies over top of one another. Armed with computers, guitars and their voices—Grace Under Pressure only loosely defines themselves with the term “indie-pop.”

With that mess in mind, GUP also focuses on multiple sides of one story through music. Dante and Slingsby show one face in the songs themselves and another in the accompanying music videos on their YouTube channel, GUPmusic—most recently through the Nighttime Insanities video series based off all the songs on their latest EP by the same title. With a sound that stays uniquely its own across both electronic and acoustic interpretations, Grace Under Pressure is an ongoing project that lives between and around the lines, flourishing in the intersections between music and visual storytelling. This is a band never short on songs, a brand new video is uploaded every month.

Music from Grace Under Pressure