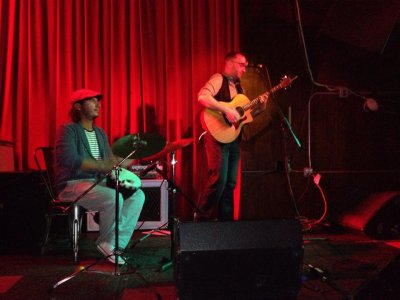 Gerard Smith is a singer/songwriter originally from New York City. His music has elements that range from Johnny Cash, to more modern acts like Dave Matthews Band and Jack Johnson.
Although he began writing and playing guitar at a young age, it wasn’t until Gerard reached college when his friends began to recognize how unique and down-to-earth his brand of music was. With their encouragement, and a burning desire to share his music with the world, Gerard started to perform live shows. Immediately after his first public show, Gerard realized that writing and performing music is what he wanted to do with the rest of his life. In June of 2014, he released his debut EP “Odessa”.