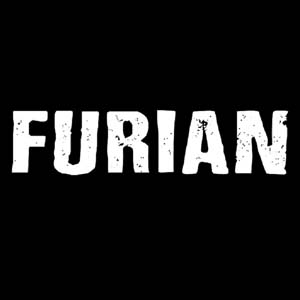 Furian, formed in August 2014, are a British born rock band with a post-hardcore edge. They have a real passion for writing and playing music. The UK music scene today is saturated by bands trying to be the next big thing, writing music just to try and impress or follow in the shadow of their favourite artists. Furian are not another band looking to fall into that category to then fade away. Their music is written out of passion and love for what they do and a drive to connect with those who are willing to listen. Upon realising a common goal to write songs that people can really feel and relate to, instead of being mainstream and forgettable, Furian set to work on their vision of what they feel music should be; something that can bring people together in thoughts and turn a room full of strangers into a room full of friends, or turn a sad, lonely person’s heartache into a feeling that they’re not alone. This apparently comes accompanied by a complete disregard for genre boundaries. Inspired by such bands as Letlive, The Deftones and Reuben, their music is noticeably honest, unique and true. Their live show is full of energy and more importantly, humanity. It is music that will last and music that will captivate. Furian want their fans to be able to form a personal relationship with the lyrics, as well as being able to relish in riffs and clever song construction. After the release of their first EP ‘We Aren’t Who We Are’ in February 2015 and countless positive reviews, the band have already attracted a lot of attention, for a new act, playing shows alongside bigger UK groups like ‘AllUsOnDrugs’ and have bookings rolling in for this year. They are becoming more and more popular not just for their music and hard work but for their communal and down to earth approach to being a band trying to make it in today’s music industry. Moving from strength to strength, they are working hard towards making ‘Furian’ a household name on every rock platform and a mobile party for their friends and fans to rely on and enjoy.