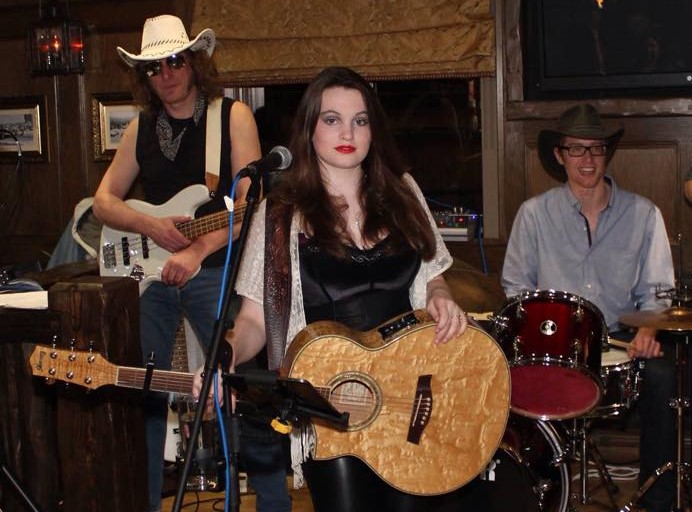 Sixteen year-old Frankie has been enjoying country music since the age of two. Some of her earliest memories are of being in the car in Tacoma, Washington and singing along to Tim McGraw as she drove through the evergreen countryside. She’s been singing seriously since the age of 8. Her love of country music has really expanded over the past 6 years and her admiration of Taylor Swift encouraged her to take up the guitar (she’d tried it before and didn’t get along very well – so the second-time round she re-strung it to a left-handed guitar and she’s never looked back). She formed her band Frankie & Co. in November 2013. They’ve had a few member changes along the way, but are now happy with the line-up they have. Gigs are coming in fast and she is performing to rave reviews. She’s enjoyed busking too and spent a few weeks last summer busking round Europe, where she was greatly appreciated. A talented singer, dancer and actress, she is always busy performing somewhere. She’s started writing and hopes to have her first EP produced this Summer.