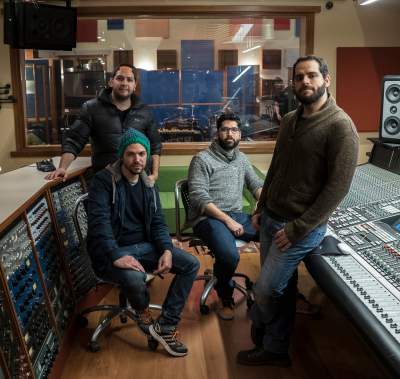 Formas begins in Santiago, Chile in 2009 when Seba (drums), Nico (bass) and Chona (guitar) from the band Teoría IV met Chago (vocals) to start a new project. Influenced by acts such as Karnivool, Kaddisfly, Pain of Salvation and A Perfect Circle they started creating songs which eventually became an album, and in between the lyrics the concept of “A Greater Sight” begun to unfold. Very close to record in 2010, for reasons of force majeure, the story of Formas was paused for long four years. In 2014 they resumed the rehearsals and finally record the album in 2015-2016. “A Greater Sight” was released on November 1st 2016.